Before you go, check this out!

We have lots more on the site to show you. You've only seen one page. Read this article about why cleaning your instrument is so important! As long as there have been bass guitars, there have been players trying to figure out how to squeeze a little more life and tone out of their strings. Bass guitar strings are large and long and have large windings around their core. These windings collect all kinds of nastiness that the human body excretes which, once jammed into the strings, affects their tone. I’ll let you in on a little trick that can revive your strings.

Many bass players clean their dirty bass strings by boiling them in hot water. A relatively simple procedure, start by removing the strings from your bass and wrap them, as you would a rope, into a tight enough coil that they will fit into a three or four quart saucepan. Fill the saucepan with enough water to completely cover the strings. Then bring the water to a boil and allow it to boil for 10-15 mins. Remove the strings and lay them out on a towel to dry.

Boiling bass guitar strings will not restore their tone to the same as a new set of bass strings and the benefits are not long lasting. Boiling heats up the strings, loosening oils/sebum and expands the coils a bit to allow a good deal of the grime to be wiped away. Many bass players will also tell you that it weakens the strings. Think of boiling bass strings as a one-trick pony with limited results. There are better ways to clean a set of bass strings and get longer life out of them.

How do you clean dirty bass strings?

Debris, tarnish and time/wear are the three most relevant factors that impact the tone of a new set of bass strings. As with any piece of furniture in your home, dust and dander settle on your bass when you’re not playing it. Dust is mostly formed from a collection of human skin cells, commonly known as dander. Fun fact! – every human in your house sheds about 30 – 40,000 skin cells every hour, of every day. On top of this human debris, you can count pet dander, cigarettes or vape smoke/residue, pollen, and even oils from cooking. All of this airborne debris collects lightly upon your bass guitar’s strings while it is stationary and the second you start playing, it mixes with skin oils and sweat which are forced into the windings of the bass strings. This debris builds up slowly and degrades your tone a tiny bit every day.

In addition, as you play your bass, your body naturally does what the body does: it oozes, sweats, sheds, and expels various kinds of fluids and flakes. Your skin oozes sebum, the strings wear down calluses and fingernails, and your hands release a surprising amount of sweat. You also get a bunch of other stuff on your hands like Micky Ds special sauce, snot, ear wax, spilled beer, and whatever was on the hands of the drummer who didn’t wash their hands after using the can. These bits of snot, spit and ass come together in a mass that I like to call “gack”. Cleaning a thick layer of this gack off of someone’s strings and fretboard is easily my least favorite thing about being a luthier.

Gack gets ground into the string windings as you play and prevents the bass strings from vibrating uniformly over their entire length. This affects their ability to create consistent tones as well as reducing how long they resonate. This is a slow process and for the most part it isn’t noticeable from one day to the next. But when you slap on a new set of strings you get a  clear snapshot of how much better your bass guitar sounds with a clean, new set of bass strings.

The best way to preserve that new bass string tone is to have a string cleaning routine that you follow each time you play your bass. Before you play, wipe the dust, smoke, and dander off so that it isn’t able to mix with sweat and oil. And when you’re done playing, wipe the sweat, oil, beer and whatnot off so that it doesn’t dry on your bass strings.

What do I need to clean my bass guitar strings?

You can pretty much use any old piece of clean cloth. You will want a lint free, absorbent fabric to clean and dry the strings as well as wipe the dust, grime and fluids from the strings before and after you play.

Keep a cloth near your bass guitar at all times. You can put it on your mic or guitar stand so that it is within arms reach to quickly wipe your bass strings and hands. There are many variants that will determine how often you will want to do this type of basic cleaning of your strings. Some of the variants are environment (humidity or aridity), playing style (sweat much?), smoke tar / vape residue and hand washing are just a few. Ultimately, you have to decide for yourself but at the bare minimum you should wipe your string before and after playing. This will help keep them clean and gack free, extending the tone life of your bass strings.

Unfortunately, boiling bass strings will not make them sound new, it will simply remove some of the gack resulting in a small to moderate brightening of tone that only last for a short period of time. Boiling bass strings only helps clean them. It does not reverse wear and therefore a brand new set of strings is the only thing that is going to sound like a brand new set of strings. Further, everytime you remove a set of bass strings and restring it with the same pair, you weaken the core of the string a little, eventually resulting in a broken string.

So why do bass players boil their strings? There are a few different reasons bass players boil their bass strings. The first, and probably most important reason bass players boil their bass strings is that it works, even if only for a short time. There is lots of evidence on the internet that boiling strings works. There are many before and after comparison videos on YouTube whose results are hard to argue with.

Another reason is cost. A new set of quality bass strings can cost three times or more as much as a set of guitar strings. This is not an expense a lot of amateur musicians can afford on a regular basis. By boiling bass strings a couple times to help get them cleaner and a bit brighter, one might be able to double their life. Depending on how often a bass player changes their strings, it could translate to a savings of $100 or more every year.

If you simply prefer the tone you get from a slightly used set of bass strings, boiling your bass strings can help get you the tone you are trying to achieve. But if you’re just frugal or if money is a constraint, you can certainly get a bit of extra life out of your bass strings by boiling them. It is my opinion, however, that keeping your strings clean with a compulsory cleaning routine is the best way to extend their life and thereby save you money.

link to How to Properly Clean a Pipe Organ

Pipe organs contain many moving parts with cracks and crevices where dust and dirt can pile up. Additionally, the organ’s keyboard can harbor and spread germs, so it should be cleaned...

Continue Reading
link to How To Clean A Hammond B3 Organ

Cleaning a Hammond B3 Organ may seem like an intimidating task, but it can be relatively simple. While deep cleaning may need to be referred to a professional, routine maintenance can easily be done...

CleanMyInstrument.com was started to help educate readers on the best cleaning techniques for a wide variety of musical instruments. We have a passion for providing people with useful tips to make instrument cleaning a breeze!

This site is owned and operated by Freedom Content, LLC. CleanMyInstrument.com is a participant in the Amazon Services LLC Associates Program, an affiliate advertising program designed to provide a means for sites to earn advertising fees by advertising and linking to Amazon.com. This site also participates in other affiliate programs and is compensated for referring traffic and business to these companies.

Deals From Our Partners 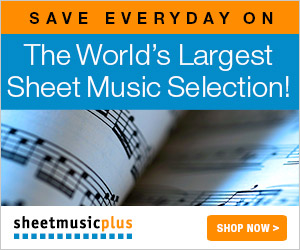